Son of a World War II fighter pilot, Bill was named after one of his Father’s heroes, the First World War Canadian fighter ace, William Avery (Billy) Bishop. His parents lived next door to the daughter of the great marine artist W.L. Wyllie (1851-1931), who encouraged him, even presenting him with about fifty of W.L.’s old brushes.

As one of the world’s leading marine and wildlife artists, there have been many influences on Bill’s career, probably the most powerful is an oil painting of the Battle of Trafalgar by I. Stuart Esq., of Stepney. This was presented to his great-grandfather and together with it’s frame measured almost 12 feet across. This monumental work hung in his grandparent’s home and then later in his parent’s. On the centre of the frame was a plaque saying;

By a number of his friends as a token of respect
and esteem for his character and for the services
which he has rendered during his term of office.

Bill always loved this work and studied it in great detail over the years and always felt he could do just as well! The more he studied the battle the more he realised that Stuart had got it historically all wrong but had created a beautifully balanced composition. Thus when the bi-centenary of the battle was looming in 2005 Bill was inspired to paint his own six foot wide version based on Stuart’s composition. HMS Victory is nearby and so he was able to go and sketch all necessary detail for the painting from life. As luck would have it, his wife Helen was attending a Clinical Trials Investigator Meeting in Madrid, so Bill took the opportunity to go with her and visit the Museo Naval de Madrid, to study the contemporary models of the Spanish ships in the battle. Taking a number of sketches of the angle of the ships in his proposed composition he was able to gather the necessary detail of each ship featured … figureheads, quarter galleries and hull colours etc. directly from the models! Following this visit , he visited the Musée de Marine in Paris , which had a very limited mention of the battle and so didn’t really add anything? Whilst working on this he made four TV programmes about his progress and research; three for the BBC with Freddie Rostand and one with ITV.

Bill was painting this for himself, as the Stuart painting was too big for his walls. However as he was represented by Quester Gallery in America at this time, they found a client that wanted the finished work! Eventually Bill was persuaded to part with it and it was sold to an American Senator, which after commission earned Bill a total of £85,000, who in turn presented it to the Minnesota Marine Art Museum just in time for it to join a recently acquired portrait of Admiral Lord Nelson for their bi-centenary exhibition of the battle!

This is just one example of Bill’s attention to accuracy and fine detail in his artworks. 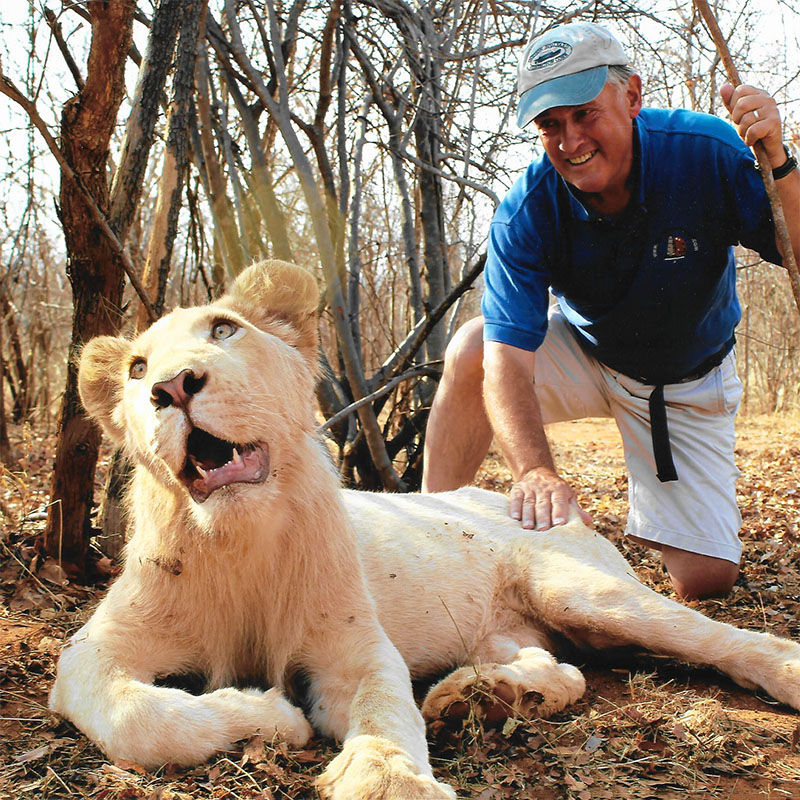 In 1980, after the sale of the family business to retire his Father, Bill started to paint full time with the support and encouragement of his lovely wife Helen. Initially he painted only in watercolours and exhibited his work in the annual exhibition of the Royal Society of Marine Artists from 1981 to 1984, where it sold, until increasing demand made it impossible for him to spare work for exhibiting.

After the transfer of the remaining part of the family business which dealt in archery equipment to his brother , Bill faxed a supplier and good friend in America to say that he was leaving the business and planned to become a full time artist! Immediately he got a reply to say ‘great send a painting with an invoice’! Not, what subject or how much! This was Joe Johnston , President of Easton Aluminum Inc… the Easton company had several factories and the senior staff in each all started to buy Bill’s work. Later, when on a skiing holiday with them in Utah, they organized a surprise one-man show of his work in their condominium.

In 1982 Bill went on a Real Tennis tour to America with a team from the local Seacourt Club on Hayling Island. During a cocktail party at the Tuxedo Club he got talking to a competitor from the Boston Court Tennis Club , Jim Cannon, who it turned out owned the Boston Club. When Bill asked what other interests he had outside of Real Tennis Jim’s reply was ‘my abiding interest is collecting marine art’! On learning of Bill’s embryonic artistic career he invited Bill to come and stay with him in Boston during the match there and to talk some more. He said on parting when you feel ready send photos. of your paintings. A couple of months later Bill sent some photos. as requested and heard nothing. Then several months later the phone rang and a voice said ‘I have seen photos. of your work and I will take everything you produce!’ Bill had forgotten the ones to America and after a while, convinced that it was a chum from the rugby club being funny , put the phone down. Then it rang again and then suddenly Bill remembered the photos. sent to Jim Cannon. The caller was a business partner and friend of his, Mark Gibbons who became a patron of Bill’s art eventually acquiring forty one paintings from him over the years, initially watercolours and then in oils. Unfortunately many years later when Mark Gibbons was downsizing in old age, he dumped a number of Bill’s rather amateur early works into auction in New York where quite naturally they fetched very little, thus giving Bill a poor auction record. Only the London Christies auction result of the sale of’ HMS Victory opening fire’ which sold for £15,000, represents a true value achieved.

Eventually Jim Cannon retired to Edgartown in Marthas’ Vineyard and with Mark Gibbons they arranged to display some of the latest oil paintings in the library above his new carriage house, which was to be ‘launched’ with three parties on consecutive days! Once his exhibition was set-up, Bill went for a walk down the road to get some sea air… it was very hot with high humidity. On the nearest lamp’post was a poster for a marine art exhibition in the Old Whaling Church just down the road! So Bill went to see what it was about and was amazed to see original works by several of the worlds most famous marine artists. The dealer exhibiting there was Jim Marenakos arguably the top marine art dealer in America at that time. On asking his interest, Bill said that he was the opposition up the road! Jim asked if he could come and have a look at Bill’s work , which he did and then asked what Bill planned to do with the paintings that were unsold and could he take them? Eventually Bill agreed, completely un-aware of how fortunate he was to be one of the only two living artists represented exclusively by Quester Gallery. From that start Bill eventually sold over 150 paintings through Quester up until James Marenakos finally retired. 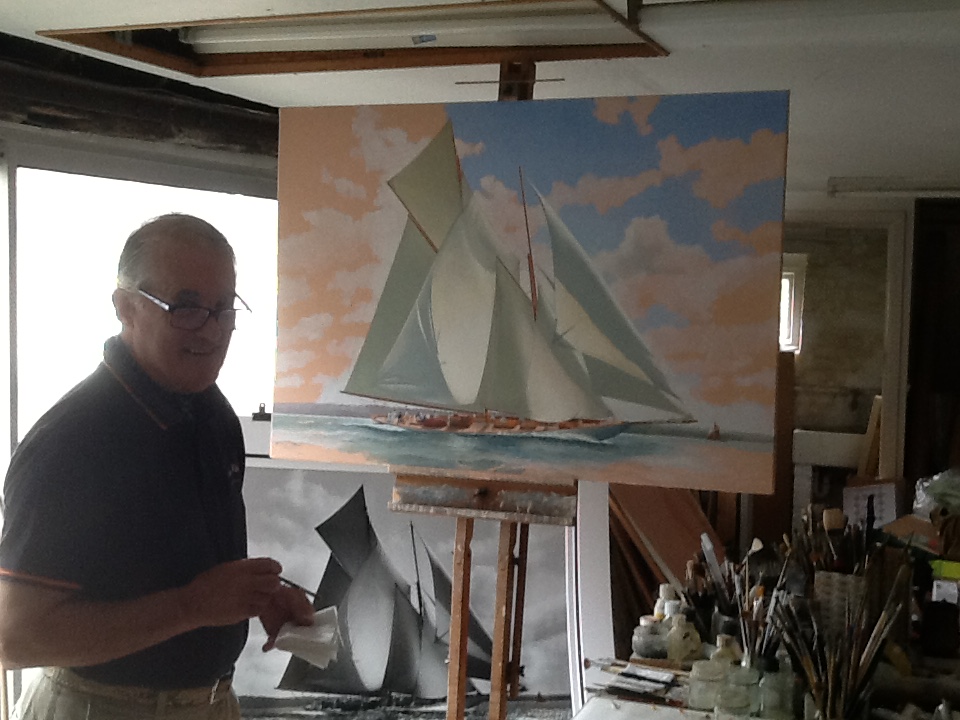